Record numbers of killer whales have been spotted off Victoria’s coast, including a number of calves 🔗 Link

A new national park has been made in Western Australia, which will protect populations of the endangered (and exceptionally cute) numbat 🔗 Link

A new study has concluded that chemical pollution has passed ‘safe limits’, and now threatens the stability of global ecosystems upon which humanity depends. 🔗 Link

Conservation efforts to support Nepal’s population of the vulnerable greater one-horned rhino have been slow but successful, with populations growing by >600 individuals in the last 60 years 🔗 Link

People across the UK are getting back into nature to help their mental health. New programs have been reconnecting nature reserves with local communities, called ‘green social prescribing’, where people can walk, plant trees, bird watch, and even pond dip to discover fish and newts 🔗 Link

Just how fascinating the inside of a rock can be.
Posted by NiceCasualRedditGuy

🚀 Space Clearest ever photo of Jupiter
Posted by Plastic_Professor_93 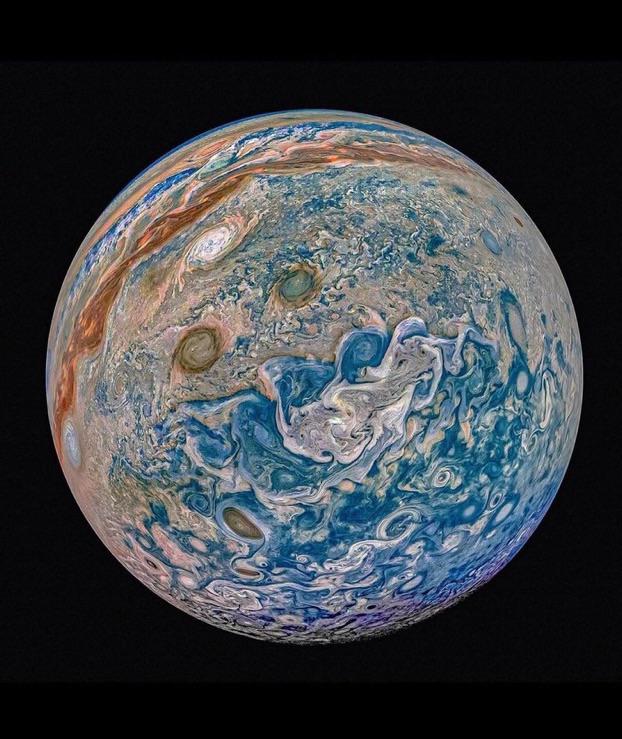 Optimism is not the glass half-full. It’s the tap.

It’s easy to get pessimistic about ecological collapse and its complex challenges. But when you dig into the numbers, a different story emerges. It turns out that if humanity invests an extra 2% of Global GDP in developing eco-friendly technologies and infrastructure every year… this would be enough to prevent catastrophic climate change. That’s less than what politicians spent on the military in 2020. And it’s the annual investment that can get us to a carbon-neutral economy by 2050.

I am often surprised by the impact of small practices on my mental health. 5 min a day to admire the open sky. A touch of juniper each climb of the front steps. Why the surprise? As if every human life isn’t founded on tiny seeds and chloroplasts like emerald dust on the seafoam.