We’ve got a funky new channel, #☸️ mystical-experiences. These experiences are something that science is just beginning to understand thanks to new research into psychedelics by Johns Hopkins University and others. For those who have experienced them, they’re profound and potentially life-changing, and this channel is the place to talk about them.

A new extinct human species has been named: Homo bodoensis. It hasn’t come from a new discovery, but rather when scientists realised that they incorrectly classified fossils as known species 🔗 Link

AP interviewed Fred Kaufman, the executive producer of PBS Nature for the last 30 years. He speaks about how technology like drones have made nature docos even better, and seeing the effects of climate change first hand. 🔗 Link

An ambitious new project will provide 8% of Great Britain’s energy needs. Wind and solar farms will collect and store energy in Morocco, and send them via undersea cable to the small, sleepy town of Alverdiscott; poised to become the centre of Britain’s clean energy revolution 🔗 Link

smh he doesnt get paid enough
Posted by memelord_151 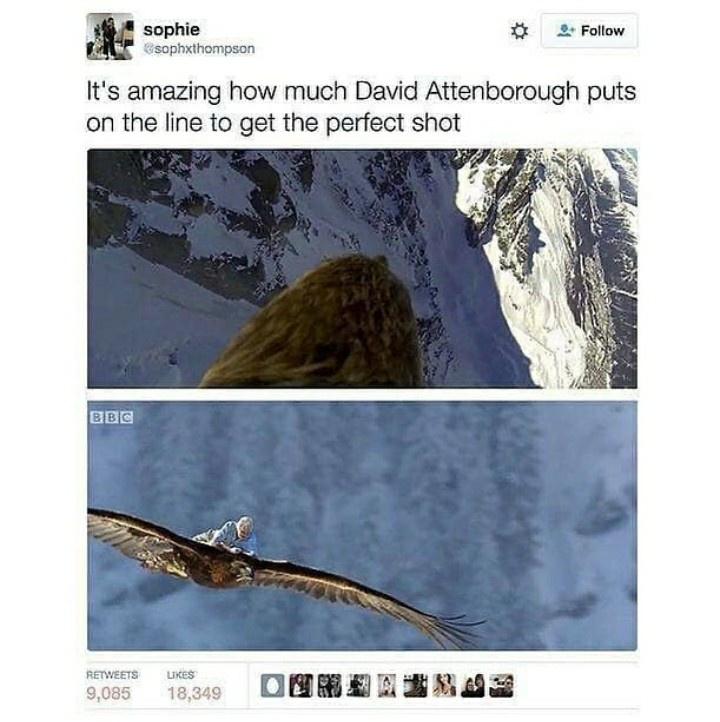 Brain cells in a culture dish trying to form connections with each other.
Posted by coconut_truck

7 yo this am: I wonder what it is like to be a marine biologist
Me: 😌
7yo: a real one that scuba dives, not one like you that has meetings
Me: 😶

My 58 year old brother works on oil rigs to feed his family because he couldn’t find work in his field that paid enough to survive. He knows climate change is real. He is scared everyday that he will soon no longer have a job and be able support them. He is tired. He is a kind, good human. The energy transition must be verrrry careful with the lives and spirits of these men. These men are. not. the. enemy.. They are a HUGE part of the solution.

Curator’s note: Below is a bit of an odd choice for passages this week, as it’s a bit explicit, but it starts to probe the depths of a largely unspoken human experience that is fascinating… Hopefully we’re all grown up enough not to get freaked out by it!:

i have been thinking a lot about sex and my relationship to sex after having a baby. now that im on the other side of it, i can feel the hollow and paper thin nature of sex and sexual desire that is totally decoupled from reproduction in an extremely tangible way. it is very odd.

i was unaware of this, im not sure if all the other men know, but one thing that happens when you get a woman pregnant and then she carries your child is that you get a [lot] more attracted to her, in a way that transcends the logical “well of course that would happen”.

its like a whole new level. to me, being raised in my particular socio-cultural situation, its a whole new dimension of sex, which is funny, because of course thats what sex is about. i have been thinking about this a lot and i think i can pinpoint exactly what “the flip” is here

in all of my previous sexual experiences, decoupled from the possibility of reproduction, what is “hot” or exciting or, the point of the experience, is that the other person “wants it”. in fact this is a cliche thing people say during sex, “do you like that? / you want it?” etc.

i think pinning that down and focusing on it highlights that, that kind of sexual experience, kind of naturally emphasizes the objectifying or, im not sure how to phrase this, the “dirty” aspect of sex. the “being used / using” aspect of sex, is emphasized there.

i think that is emphasized in the types of pornography people watch, weird fetishes, etc., which basically almost always serve to highlight and focus more on an individuals desire or objectification or them “being used” in some way, or their need for some weird situation etc.

its like now that im on the other side of it, i can look back at all of my past sexual experiences and see this weird dimension to them that previously, i never would have noticed. part of it is that weird shadow element i describe above, part of it is a “thin”-ness.

naturally as a guy, then also growing up in this time, with this media, i have had certain sexual “fantasies”, images, situations, themes, lodged deep into my brain, carved into the walls there over time. i abandoned these long ago but, they are still there, in the caves.

and now that im on the other side of this aspect of sex, occasionally these have come up, not for any reason, + its almost funny. they seem especially childish or comical – its almost difficult to remember being in that situation and framework where that was “it”. i dont remember

this new aspect of sex has totally displaced those previous manifestations of it. when i was pressed previously to come up with an analogy, its really like i was eating candy and now im eating meat. that analogy works on a few levels, how you feel after eating candy, for example.

i am often finding myself in the position of being the fool, realizing things that seem deep and profound to me and then stepping back and being unable to tell if its obvious and everyone already knew, and if i just wasnt in the loop, or what. tbh i enjoy this position immensely.

but this is one of the weirder manifestations of that for sure because its so tangible. i literally feel it directly. its not just an idea. no one ever told me that happens or, maybe i just wasnt really in a space to internalize it, at that time.

[super deep analogy] alert but everyone has seen a stone thrown into a pond + the ripples expand + slowly encompass and encircle more areas and things. i have used an analogy like this before but that is basically how i have experienced the theological dimension of life, recently

the circles began very small but as they get larger more things are contained within that boundary that delineates the sacred from the profane, and i am continually surprised by this process, the transformation of things that i thought were entirely antithetical to spirituality.

and now sex is in there. kind of strange isnt it. i did not know that was on the table. i imagine some low ranking angel brings down his hand and touches and illumines varying aspects of my life, making them “good”: sex, my car, money (for the baby). whats next? i have no idea.

@owenbroadcast on Twitter, I Have Been Thinking a L…